Over one hundred USF community members participated in an emotional conversation last Thursday when the Black Student Union held a campuswide Black Out to stand in solidarity with students of color, particularly the black students of the University of Missouri who received racist death threats. END_OF_DOCUMENT_TOKEN_TO_BE_REPLACED 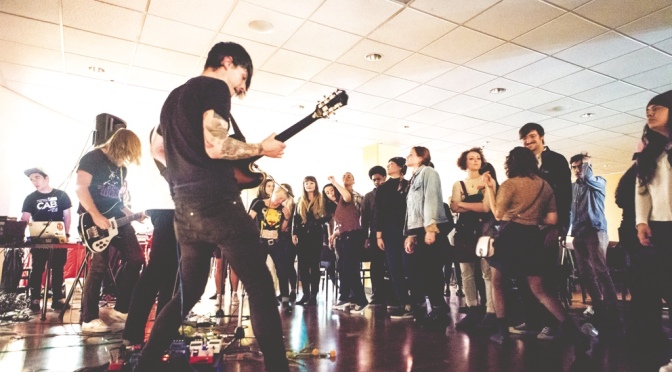 College radio: strictly about the music, run by enthusiastic youth, no major corporate backings, a “do it yourself” attitude. College radio personified: Dot Vom and Dinosaurs performing at USF’s Crossroads last Thursday night.

CAB and KUSF teamed up last Thursday to bring the student body a night of hard hitting dream pop and garage rock performed by none other than USF students and alumni, giving us Dons a chance to dance (and mosh) the night away. END_OF_DOCUMENT_TOKEN_TO_BE_REPLACED

For the past several weeks, ASUSF Senate has been in the process of trying to pass two resolutions, both addressing controversial topics from the past semester: USF President the Rev. Paul J. Fitzgerald, S.J.’s public denouncement of same-sex marriage after this year’s San Francisco Pride Parade, and microaggressions on the USF campus. Vice President of Public Relations, junior Raissa Reis is the leading force behind the student body’s response to Fitzgerald’s comments, while junior Shaya Kara, Vice President of Mission, is spearheading the resolution to eradicate microaggressions. END_OF_DOCUMENT_TOKEN_TO_BE_REPLACED 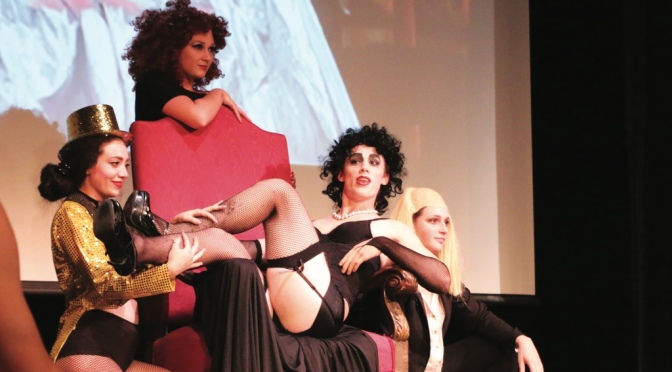 USF College Players kicked off their season with the much-anticipated “Rocky Horror Picture Show” last Friday night. The film, which began as a musical in 1973, celebrates it’s 40th anniversary on the big screen this year.

The film, which only had moderate success when it first premiered in 1975, has since developed a cult following and has debatably set the trend for midnight screenings. College Players honors the film, and its fans, each year by putting on a shadow cast performance, which allows heightened audience participation. END_OF_DOCUMENT_TOKEN_TO_BE_REPLACED 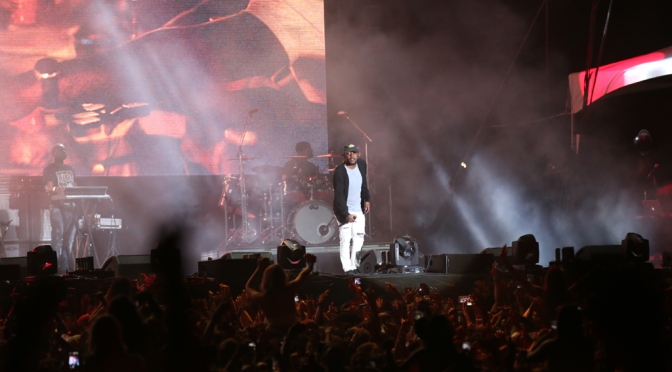 Yesterday, I spent 9 hours crammed into a window seat on a Greyhound bus, before riding a packed rush-hour N train to the Inner Sunset, where I banged on the door of an apartment I had not yet moved my stuff into. This morning, I woke up at 7AM to get a croissant with an editor, before trudging ten blocks up to 19th Ave and entering Golden Gate Park, looking for the Outside Lands Box Office. I’m already exhausted. END_OF_DOCUMENT_TOKEN_TO_BE_REPLACED