San Francisco had to make their way past No. 3 seeded University of San Diego in the quarter-finals and No. 2 St. Mary’s in the semi-finals. USF pulled off both underdog wins in dramatic fashion. END_OF_DOCUMENT_TOKEN_TO_BE_REPLACED 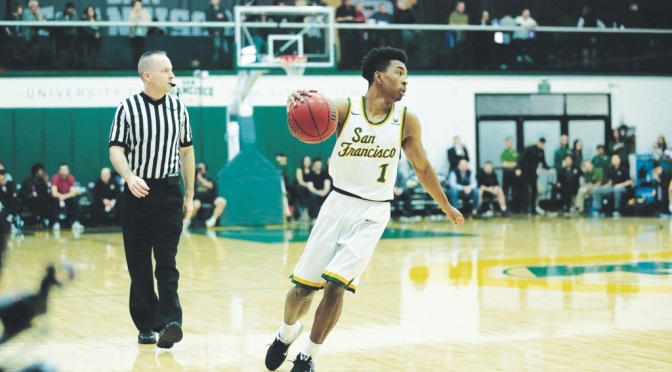 The Dons won their most recent regular season game against Pepperdine but couldn’t pull off the victory when they needed it most, losing to the Waves 86-90 in the quarterfinals of the WCC tournament in Las Vegas. USF was the five seed team playing the four seed in Pepperdine. The game featured great performances from a few Dons but overall they struggled on offense with just three of their players scoring more than five points. END_OF_DOCUMENT_TOKEN_TO_BE_REPLACED

It was an abysmal shooting night for the Dons last Saturday when they fell 59-72 to WCC rival St. Mary’s (23-6, 14-4 WCC) in Moraga, CA. Before the loss though, San Francisco was able to down the University of the Pacific Tigers (13-16, 6-12 WCC) by a final score of 81-71 during their final home game of the season last Thursday. Guard Zhane Dikes and forward Taylor Proctor bid farewell to War Memorial and their home crowd and received an ovation one last time. END_OF_DOCUMENT_TOKEN_TO_BE_REPLACED 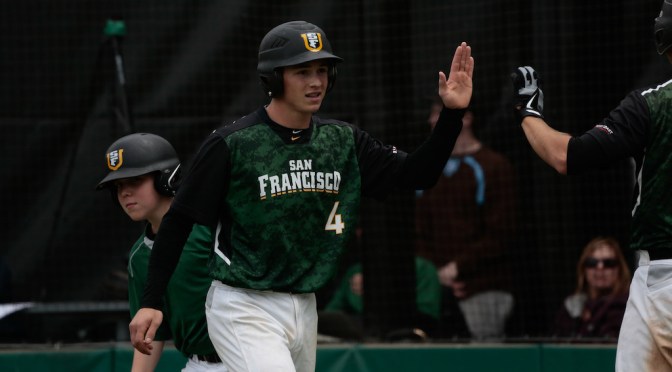 After losing their first four games to start the season, the outlook did not improve for the Dons as they failed to get a win in four of their next five matchups. In their first game after going 0-4 in the series against Santa Barbara, USF lost a close game close to home, falling against UC Berkeley 4-5. The next game against Utah Valley was more of the same, except with a wider margin of victory for the other team, with the Dons losing 4-8. Finally there was the Dons second series of the year against Hawaii where they managed to grab their first win with a score of 5-4, but they fell short in the other two games with scores 3-11 and 7-9. END_OF_DOCUMENT_TOKEN_TO_BE_REPLACED

The Dons (15-14, 8-10 WCC) took the court for their final regular season game this past Saturday. San Francisco squared off against WCC rival and leader St. Mary’s (24-4, 15-3 WCC) at War Memorial. It was a special night for three individuals as they were celebrating their senior nights. Forward Montray Clemons, guard Tim Derksen and guard Sean Grennan were honored before the game. By the end of the game the three seniors unfortunately weren’t able to get the send-off to the WCC tournament they would have wanted as they fell to the Gaels 72-84. END_OF_DOCUMENT_TOKEN_TO_BE_REPLACED