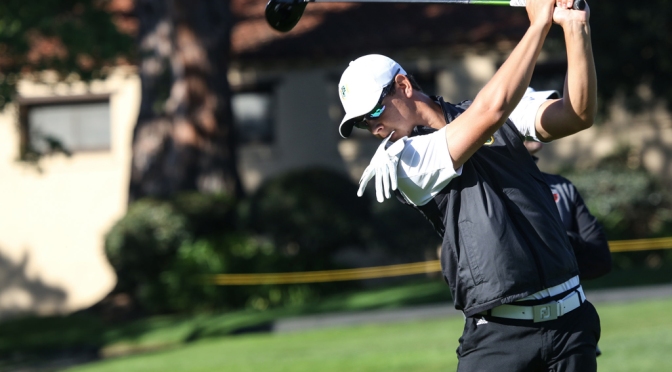 The men’s and women’s WCC golf championship took place from April 13th to April 15th. The Dons headed down to Ventura, CA to play at Saticoy Golf Club to compete for the conference title. END_OF_DOCUMENT_TOKEN_TO_BE_REPLACED 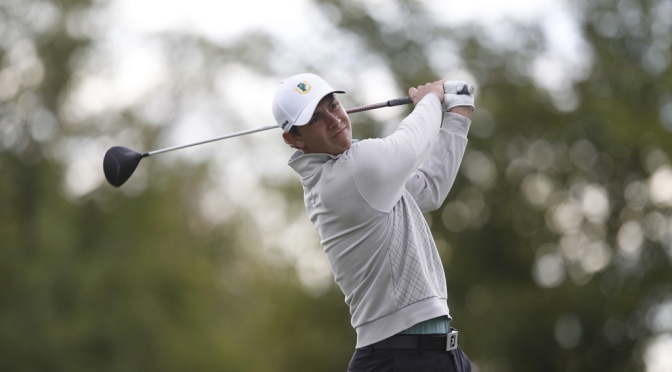 On the final day of the Goodwin Invitational in Stanford the Dons put up the best numbers that they had all weekend, but it was not enough to elevate them to the podium. Out of 24 different teams the Dons ended up finishing in 18th place, junior Sebastian Crookall-Nixon led the Dons in individual rankings with his 24th place finish. END_OF_DOCUMENT_TOKEN_TO_BE_REPLACED 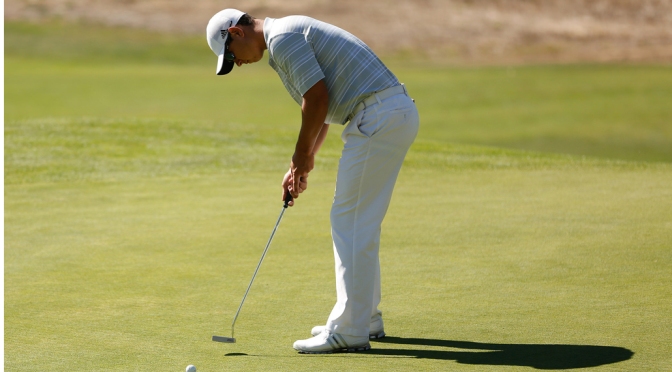 This past week, the Dons were away in Scottsdale, Arizona competing in the Desert Mountain Intercollegiate. It was a tough two days for the Dons due to weather conditions on Friday and exemplary play from other teams but the Dons managed to pull through in the end.  END_OF_DOCUMENT_TOKEN_TO_BE_REPLACED

No venue in sports better personifies tradition, perseverance, agony and ecstasy better than Augusta National Golf Club. Augusta National is home to The Masters, golf’s most challenging course and bearer of the games most coveted prize, the elusive green jacket, and with it, a place in golf’s history. It has the ability to turn a young Coast Guard vet into one of the greatest golfers to grace the game (and have a drink named in his honor). It also has the ability to make the games greatest falter and fade, with numerous Par 5 holes built into a marathon four-day event. There is no doubt that the Masters is the gold standard for golf excellence and this years event was dazzling.

A young man from Northern Ireland, who, for three days, sat atop the big board, dominated this year’s event and Rory McIlroy teed off Sunday one round away from winning the Masters. Nevertheless, by the time he sank his final put, he, after being so dominant, had fallen to 14th and Augusta National showed how challenging it is to win a Masters on it’s grass and don the green jacket. During the final round Charl Schwartzel, a South African, made a furious run on the last four holes, collecting four birdies to put him on the podium, draped in green with numerous other golf legends for the first time in his young and promising career.

Augusta National brings out the best in both golfing ability and grounds keeping. The players who make the cut at Augusta are among the best in the world and many find making the cut to be a win in and of itself. Tiger Woods, considered by many when in his prime to have been one of the best the game had ever seen, has won at Augusta four times, still two short of the great Jack Nicklaus, showing that this course in Georgia ain’t no Peach. Adding to the intrigue of the contest is the layout and grooming of Augusta. Often seen as a collection of perfectly manicured paradises, Augusta is laden with sand traps, water hazards and enough tall grass to shoot the raptor scene from Jurassic Park. This attention to detail and the strategic inclusion of man made obstacles makes Augusta the ultimate test for golf’s’ elite and good fun for the viewers.

As with all sports, golf has its share of salty veterans proving they still have it, fallen idols who want another chance and young guns bucking to be accepted into the games illustrious green jack club. This year, the defending champion, Phil “Lefty” Mickelson had a tough fourth round, gathering two double bogeys and a bogey to keep him from repeating. Golf’s’ good boy gone bad, Tiger Woods, played with his hair on fire in the second round, shooting a 66 on the day. Sadly, Woods bogeyed four times on the back nine Sunday to keep him from winning his first masters since 2005. Still, Woods shot a 67 Sunday, earning him a 4th place finish and a bit more respect in the clubhouse and on SportsCenter.

The spark plug of this year’s Masters, Rory McIlroy, out played everyone from day one at Augusta. In his first three days, McIlroy shot 65, 69 and 70, enabling him to go into Sunday in 1st place. Despite playing for par and putting his way into some birdies the first three days, the luck of the (Northern) Irish ran out Sunday and McIlroy shot an 80, sinking him into 15th place. Still, better than last years Masters where he placed 30th.

Augusta National Golf Course is the golden mean in golf and already golf fans are wondering if Lefty will win again at Augusta, if Tiger can tie Nicklaus, or, perhaps, if McIlroy will come back next spring, determined to prove that he has more than just three days of good golf in him and that he deserves to be mentioned within the ranks of Palmer, Player, Nicklaus, Faldo and Woods as a Masters Champion.

All that is for certain is that, on his first PGA Tour, Charl Schwartzel conquered Augusta and claimed golf’s’ Holy Grail for himself.

This week, we had the chance to interview golf player Diana Hong. Growing up in Sacramento, Hong transferred from Washington State to University of San Francisco in fall 2008 where she studies sociology, and is graduating this coming May. She agreed to talk to us about some aspects of her life, and about her primary passion: golf.

How old were you when you started playing golf?
I believe I was 11 or 12. It’s hard to remember these things at my old age (laughter).

What made you want to be a golfer?
My dad’s friend took me to the driving range because I was talking smack about golfers, how they were just old men and how boring golf was. After the first bucket, I was hooked. For me, there is nothing else like it. This is the best roller coaster ride, ever.

You’re a transferred student from Washington State. Why did you decide to come to USF?
I wanted to go back to California, and I always had a soft spot for San Francisco. I mean let’s be honest, people come from all over the world just to visit here. How awesome would it be to say: “Yeah, it’s no big deal, I live here!”

As a golfer, how is your experience different here from the one you had in Washington State?
Nothing is really that different because the practice facilities were far away at Washington State, too. But my experience as a USF student and a resident of San Francisco makes this experience so much more different.  I wouldn’t know where to begin.

Do you think golf will ever be popular at this school? How?
Probably not. Although interest in athletics have seem to improve a little bit, I don’t think golf would get up there. It’s just one of those sports. Maybe if there was a home tournament at a course that students have access too. That’s the main problem with golf: most people can’t go to the tournaments and it is difficult to watch.

You’ve been injured a lot this past year. How did this affect you and your game?
“A lot” might be an understatement. Being injured has changed my whole outlook on life. Going from being all about golf to practically not having it in my life was a drastic change that took a lot of getting used it. It helped me see what life was like outside of golf, and it probably mellowed me out more. That gave me a different and new appreciation on life. As far as my game, that was and still is a battle to get back to where I used to be. Coming back from an injury has given me a new understanding and appreciation for the word “patience.”

How is the season going for you and the team?
This season has been a little rough but we are doing better and I know the ladies and myself are excited to finish it off strong.

You are graduating soon. What are your plans after you graduate?
Oh don’t remind me! (laughter) The real world is scary.  The only thing I planned is to stay in San Francisco. The rest of it … I’m just going to see what life has in store for me.