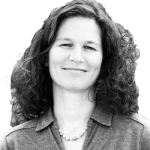 Last week the Foghorn published a factually inaccurate and generally confused editorial by a faculty member who claimed that education at USF is “left-wing” and “too politicized.” In this short reply, I want to briefly engage the claim of that education has “become politicized.” This is a claim that we hear not only at USF but also across the nation and beyond – as it has become acceptable, once again, to ban (and even burn!) books and restrict access to uncomfortable knowledges.

In his editorial, as in previous attacks published in the Foghorn, the author laments the diversification of the USF curriculum and is concerned that students (in the innovative Critical Diversity Studies major) are learning to interrogate and produce “critical knowledge about power and inequality.” What is more, he proposes that it is unconscionable to let students “get away” with not taking “the standard, entry-level introductory course in U.S. History.” He is right to note that these two issues are connected: Students who have learned how to think critically about how power dynamics and power inequality shape “standard” knowledge will rightly recognize that the establishment of “standard” knowledge is itself a political process. This is not to say that students of U.S. history do not need to know the chronological sequence of events; rather it is the recognition that any presentation of those events, “standard” or otherwise, involves choices about emphasis, point of view, and interpretation. Of all disciplines in the humanities, History is perhaps the most obviously political.

In other words, appeals for inclusion by those not previously acknowledged or featured in “the standard” history always reveal the assumptions (and politics!) of the status quo. To illustrate this, let’s take the example of the history of human rights in Europe and the Americas. When the concept was first developed, human rights were not only restricted by gender (they focused solely on the rights of male human beings), but also by class (only propertied men had some of these rights, such as the franchise; slaves or serfs didn’t), not to mention race (in fact, people of color were considered so obviously outside the circle of the human that their existence is almost completely erased in the apparently neutral language of the U.S. Constitution and its Bill of Rights). This narrow definition of “the human,” of course, has been challenged over time as men without property demanded their own rights; as women demanded to be recognized as human beings; and as those of all races assert their humanity. The need to make those demands in the first place, however, reveals that “the standard” of any particular context is always shaped by the ideas and assumptions of those in power. “The standard” is political – and denying this obscures, rather than reveals this conflicted and complex nature.

To take a contemporary example of knowledge-making, we might consider current day race relations in the U.S.: Since the murder of Trayvon Martin three years ago, activists have been asserting that #BlackLivesMatter.[1] The movement, which is connected to a long history of civil rights activism, gained traction after Michael Brown was murdered in Ferguson – but it was then also that we saw people on social media asserting that #AllLivesMatter.[2] Those saying that all lives matter are claiming that the standard protections of human rights and the law apply equally to everyone. Of course they should, but evidence shows that in fact they don’t.[3] “Standard” conceptions of humanity have always excluded some, and while many formerly on the margins have (at least in theory) been included now, we have a long way to go in practice. We would be wise therefore, to consider human rights a moral claim – that is, human rights statements are “prescriptions: people are not free and equal but they ought to become so.”[4] To do so, would mean to read #BlackLivesMatter as the latest in a series of appeals for inclusion – to acknowledge that a moral claim is also always a political claim. An appeal that is necessary because the “standard” version of the law (and of human rights) in the U.S., today, still does not apply to African Americans.

These truths are uncomfortable for those wedded to “the standard” of a particular time, often those who benefit from the status quo. This is why we see – here at USF, here in the U.S., and even in the world at large – a backlash that aims to reaffirm “the standard.” One of the tactics that those who favor the status quo use to assert their superiority is to claim that others are “politicizing education,” all the while refusing to acknowledge that all knowledge production is political, including their own. Meanwhile, those on the margins have always had to be adept in “the standard” knowledge, in addition to the diverse knowledges of their communities – simply in order to survive. Rather than standing in the way of “a solid, well-rounded education,” a diversified curriculum provides everyone with access to broader knowledges. There is no way to escape the power/ knowledge nexus because knowledge is always political. The question everyone needs to answer is: What side of history will you be on?

[2] See Alicia Garza’s “A Herstory of the #BlackLivesMatter Movement” http://thefeministwire.com/2014/10/blacklivesmatter-2/

In last week’s issue of the Foghorn, Professor Anthony Fels wrote an opinion piece criticizing classes and departments at USF for being “left-wing” and “politicized.” Fels argues that this university in general has too many faculty who “politicize” their course material, this problem perpetuates itself when such faculty and administrators are entrusted with hiring, and that “politicized” material should be saved for extracurricular opportunities offered here at USF, rather than the classroom.

END_OF_DOCUMENT_TOKEN_TO_BE_REPLACED 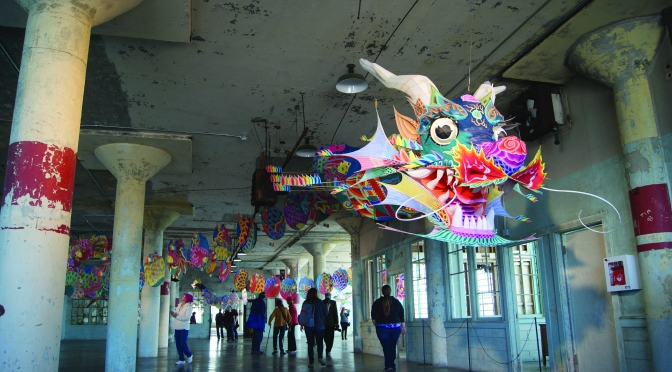 The sensational political artist, Ai Weiwei, is having an exhibit on Alcatraz until April 26, 2015. In 2011, Ai was taken captive for 81 days for his political and social activism that outspokenly critiqued the Chinese government. His detention sparked outrage among both Chinese and international citizens, and not only generated media attention for his artwork, but furthered discussions on the censorship of free speech and expression in China. Though he is currently unable to leave China, Ai has still created an elaborate display within one of America’s most notorious prisons.  END_OF_DOCUMENT_TOKEN_TO_BE_REPLACED

President Obama asked congress for an additional 1,500 troops and $5.6 billion in defense funding earlier this week to continue the fight against Islamic state militants in Iraq. ISIS, known for killing dozens of people at a time, typically in a gruesome and public way, has been considered an international threat to many leading nations. Do you believe that President Obama’s decision to de- ploy more troops is appropriate? Or do you believe, that after our many years at war in the Middle East, we should take a lesser role in solving this crisis? Why do you believe so? END_OF_DOCUMENT_TOKEN_TO_BE_REPLACED 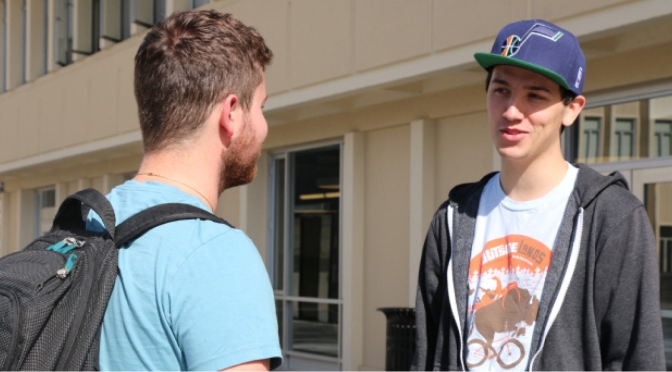 As a woman, I never understood the way men wore their baseball caps. Forward or backwards, so many different prints and fittings, tags kept on — I always wondered, is there a certain politics to how guys wear their ball caps?   END_OF_DOCUMENT_TOKEN_TO_BE_REPLACED